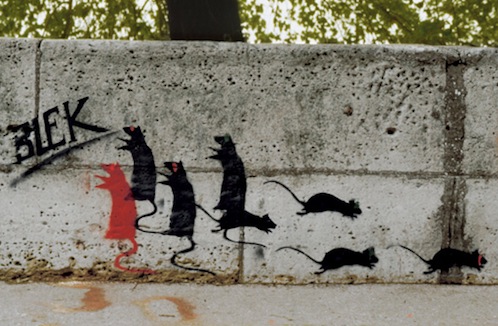 Every artist is influenced by what has been done before their time. Great street artist such as Xavier Prou and Banksy have become major influences in the  art movement. Now, Xavier Prou or as they call him “Blek Le Rat” is known to be the father of stencil graffiti. Influenced by the New York street art in the 1970s, Blek wanted to start his own style of street graffiti. It was only in 1981 when he began to spray paint the walls of France with the rat logo and later moved on to human figures in asocial to political messages. These figures influence hundreds of artists around the world and recognized him as the Godfather of stencil until now.

On the opposite side, Banksy, a popular street artist is also well known for his rat logos, in addition to the controversial and political stencil pieces. Born in Bristol, England around 1974, Banksy stencil pieces started rising to prominence in the late 90’s. Although his identity remains anonymous, his fame transformed his artwork from acts of vandalism to desired art pieces.
For that matter, let us pause for a minute and question the popular Britain artist Banksy integrity and influences which reflect very similar work to Blek le Rat work.

Long before Banksy came along, Blek had already created himself a unique style on the streets of Paris. Little did he know that his style would be replicated in a similar way in the street of London. To my knowledge, stealing an idea is to take something of value and make it yours. When it came to Banksy work, it questions the artistic element that he interpreted with his own approach. When an artist chooses to use other artist work, he must use elements that will not demonstrate an exact duplicate of the original artist. In Banksy case, I believe he stole some of Blek ideas and got all the credit and recognition for it. Images such as the rat logo (Image 2) or the life-sized images of men and soldiers (Image 3) demonstrate the similarities. However, Banksy work has a far greater appeal to the viewer eyes. His work portrays better confrontational style and creative staging. Other pieces expose edgier themes and create boldness. 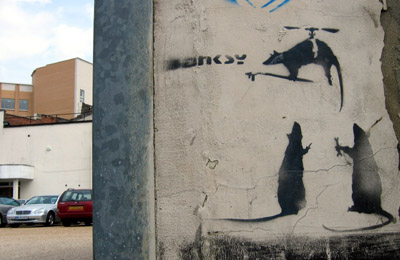 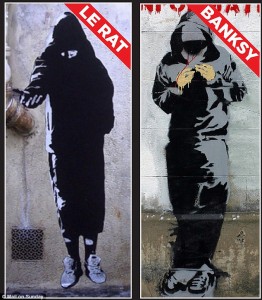 Bansky’s anonymity and approach made him grow as a street artist and climaxed him to the top chart in the art world. On the other hand, Blek le Rat has not enjoyed Banksy mainstream popularity and this has stirred a dispute between both of them. During an interview, emails from Banksy accused Blek of mocking him saying: “’Blek, are you making fun of me? Stop saying that I take my ideas from you’”1.
Even though both artist works are very similar, I still believe that Banksy stencil images reveal uniqueness to his style. Nevertheless, the young Britain popularity has even given supplementary recognition to Prou work and has created him a highly position in the street art movement.
When you are an artist, it is very difficult to find a style you favor especially when it comes to street art because the main focus is becoming famous and achieving a certain status of the space.
Throughout history, it is not uncommon to see similar style emerging, however, they will always be one style that will outshine the other and get better recognition for it.

Written by zeina
Talented local artist reproducing and creating commissioned art works with mixed mediums. Zeina is a contributor that will be providing posts about different topics related to art 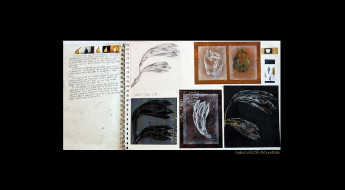 How a Portfolio Can Be a Game Changer!

ART AND ITS MANY FORMS 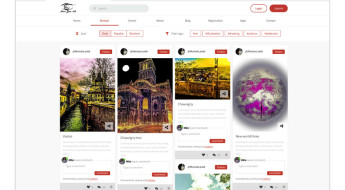